Lexi's Universe details a day in the passing of a desolate, purposeless world and its single resident. An introspective into growing up, dealing with anxiety, coming out as transgender and seeking happiness. 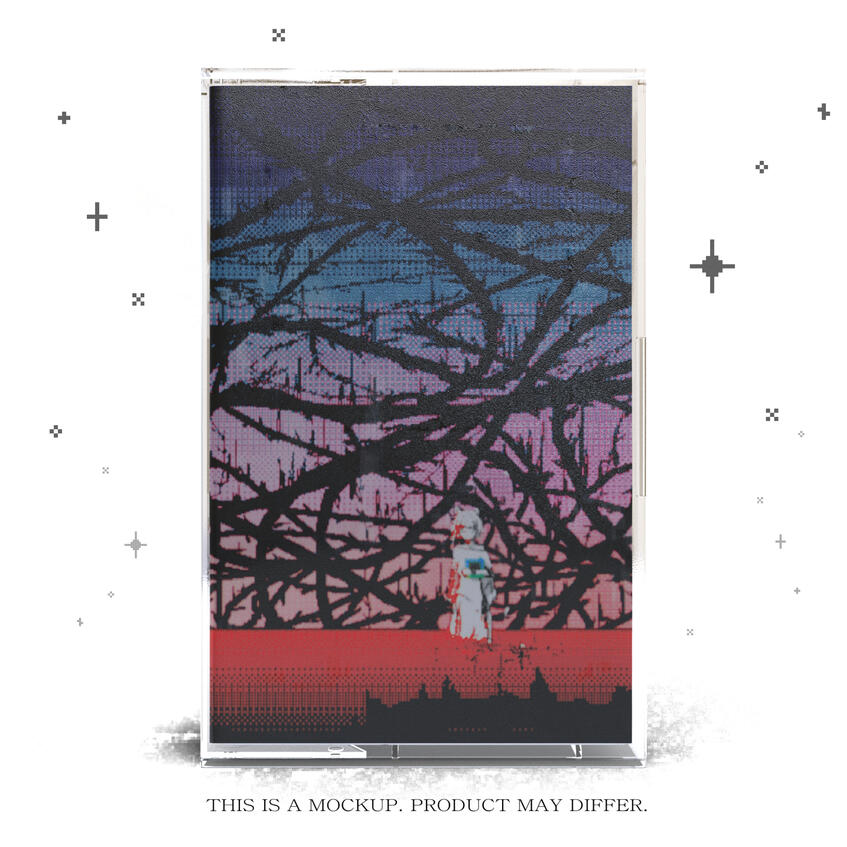 As part of the release, a limited batch of 50 cassettes are being produced.Purchase on Bandcamp!
Shipping updates on Twitter + Bandcamp. 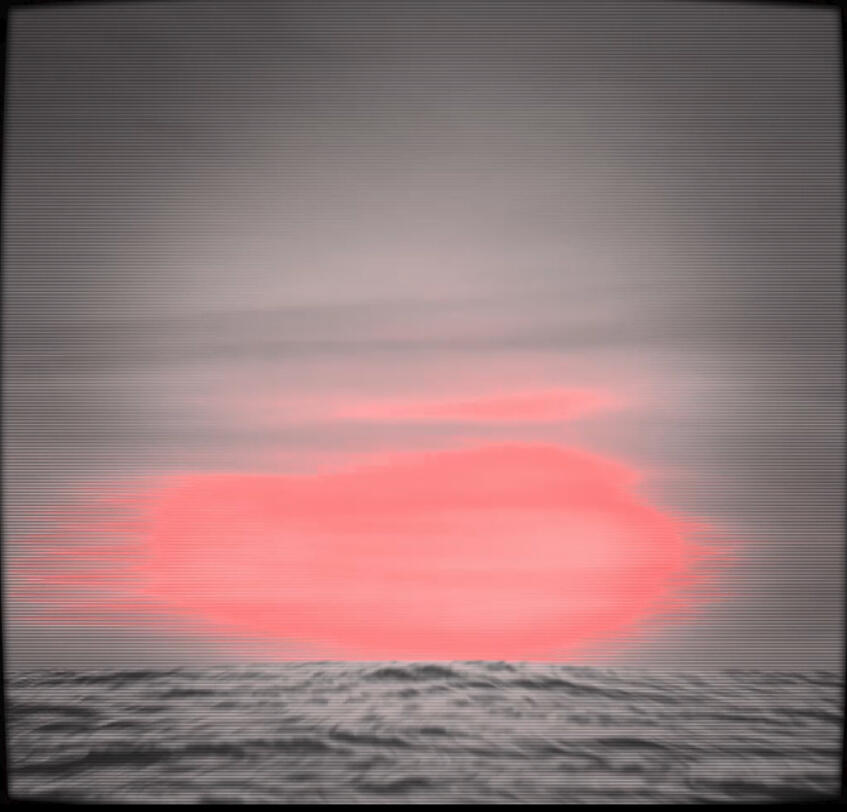 "Wake up to a world of sorry souls seeking Greatness and Beauty. A note informs that you must ascend too, so as a doll, seek higher ground and ascend through the ruins beneath elusive Lys' Castle and pursue the path of which the bells toll."

Lys' Nightmare is a survival horror game developed during my final year at University. Whilst the game is still in its infancy, it will continue to be developed for the foreseeable future.(Check the itch.io page for a early demo where you explore the very starting region, seeking the path to the cathedral beyond the high wall.)I wanted to develop a game to stand alongside my 2021 album: LEXI'S UNIVERSE. This was an album about a lonely individual named Lexi and the passing of their day, suffering with dread in a world devoid of life and joy. It tackled themes of gender identity, depression and seeking happiness. This was a world I constantly sought to visualise in all of my live performances up toward the album's release --- A castle stranded in the middle of an endless ocean with a looming presence across the sky instilling a sense of dread.Lys’ Nightmare is an inversion of LEXI'S UNIVERSE, where a once desolate world is populated and there exists a unanimous desire to become beautiful no matter what. Lys' Nightmare is a gothic fantasy world with digital characteristics, accentuating more on the gothic elements to compliment the darker overall tone.

The primary influences for the aesthetics of this project have been Silent Hill and Bloodborne. Games which hold a crown for their striking aesthetics and atmosphere poured into their worlds.Silent Hill pushed the hardware of the PS1 to its peak to create a cursed town of nightmares whilst Bloodborne presented an oppressive, but elegant city full of beastly/eldritch horrors. The goal was to merge these two together for Lys' Nightmare. The result is an escher-like world, with the implementation of Haunted PSX Shaders to emphasise emotions of a hazy dream.

The desire to ascend to something beautiful irregardless of any consequence is a core theme. The shield design for the player as shown here depicts this theme best, presenting a being raising its arms to the stars to obtain their one true wish. Its deformed shape and wings denote the transformation they underwent in order to accomplish their journey.

The past few months were spent learning to model using Blender. The target of the project was to achieve the aesthetic qualities of an early PS2 game and avoid any form of realism; striking a balance between a semi-low poly model with low resolution textures.Due to rigging issues, plans shifted to develop a new model from scratch and create a solid reference to work with. Firstly, by sketching out the new designs for the player and enemies, which bared a stronger influence to Lexi’s design from the album artwork of LEXI'S UNIVERSE. From here the sketch went from paper to digital, used as reference to outline the design in Clip Studio Paint. Afterwards the outline was used as reference in realising the 3D model within Blender. As a result, the final model proved to be much more faithful to the original sketch and style seen on LEXI'S UNIVERSE.

Before learning to rig in Blender, the models were rigged and animated through Adobe's Mixamo platform, which provided auto-rigging and free animations. As the project progressed however, the Mixamo rigs and animations proved too complex for what was required. Many attempts to create custom animations led to conflicts or issues. The final rig, while simple in design, retained finer bones such as fingers, and the use of Inverse Kinematics allowed for more dynamic movement.

During October of 2021, this project was conceptualised with RPGMaker, due in part to my prior experience in utilising RPGMaker's programming system. However, this quickly switched to Unity and began learning C#. In the span of a week I had managed to program a movement and a sign interaction system but found the overall process arduous.After learning that Hollow Knight used PlayMaker for its programming, I decided to integrate it into this project. PlayMaker is a visual scripting system for Unity, using a flow-chart based design, somewhat akin to Unreal's Blueprints.With PlayMaker integrated, rudimentary movement had been set up in just a day. This increase in efficiency and accessibility opened up the project for more experimentation and creative exercise. One such mechanic that was made possible to do in Lys' Nightmare is the Blessing system, where the player can request assistance from a being, and receives responses that are either cruel or kind depending on various factors in the environment such as total enemies killed.

In the more recent months, the game had been getting both more optimised and technical, largely thanks to the use of Templates and Prefabs. One example are enemies, who share the same AI template with open variables per instance which control things such as whether they are patrolling the environment or able to perform a special attack. Enemy AI was single-handedly revised drastically since the start, as shown in the images and video clip above, becoming more intelligent and aggressive.Entities such as doors, ladders, notes and items all utilise a template with modifiers in place to allow for easy modification if an entity’s role were to change or if their script were expanded/optimised.

The primary works of inspiration for level design were Resident Evil and Dark Souls. These games tend to target a vulnerability in players through a fear of the unknown, challenging the player to study the environment and its enemies. To design the levels in-engine ProBuilder was used alongside the Modular Gothic City Asset Pack to allow for quicker level design.

Through the analysis of notable maps from both Dark Souls and Resident Evil, I made note of how a good level consisted individual pieces of game design which are pieced together like a jigsaw, this contradicted with the initial design approach of Lys' Nightmare where much of the level was conceptualized before any ideas could be strewn together. With this new approach in mind, a map was created with assets and slotted together unique sections with challenges, connecting them back to the start through shortcuts.Details of note in Lys' Nightmare are how the player is guided outside the glow of notes, teaching the controls whilst leading them out the building. As soon as you read about how to attack an enemy can be spotted through the window. Stepping outside directs you to the source of the bells ringing, a silhouette of a distant tower shrouded by fog, nestled above the great bridge (the end goal).

SCRAPPED WORLDS: From Concept to Implementation

Before the final stretch of level design, the world design went through a number of scrapped concepts and prototypes. This was a result of the increasing pace of the project's development. Ambitions grew to make a large and dense rat maze but reality soon settled in knowing how difficult of a goal it was. So I returned to the drawing board, with a new approach more akin to the cramped survival horror design that the project sought to be from the start.

LEXI VS. THE UNIVERSE

Look to You
Lexi >> Me
---Lexi vs. The Universe
La la la
---Infinite Sad
[it's alright]Wake up myself, are you upset?
It haunts me.I await for the world, it seeks to reveal me
Only whenever I'm bold, these vines embrace us.
---No Memory
Don't forget me, you don't know "it".
Don't know me, time stood still.
---Koi Pond
I like to feel so numb, forget what sin I've doneI know after all this time I feel comfy when online.
"Feel so sick to be alone" - I don't think so anymore.
---Careful, Blissful
[that's the me i want to be]I don't care about you anymore.
Today I'm going to be myself,
I shouldn't care what others might think because this is the real me.
No, I know I'm always filled with uncertainty but this is the real me.
---Maiden's Archives
Breathe this world, I loathe it so.
How? I can't live much more.I'm singing a newer elegy:
Take me away to another place much greater, it's so lonely breathing all this dust underwater, please end it.Hopeless I wait, I don't mean to be so desparate. It's so awful I don't want to be seen like this.As if any of this mattered...
Have you forgotten about me?

Lys and The Stars
Cold, numb, I sit outside.
Look towards the moon and these skies once more.Lift me up, I know where to go
no one else calls this star...What's below this sea I know?
This book; it shows where I once came fromLift me up, I know where to go.
No one else calls this star home.
I know where to go now, all alone.
---Don't Leave Me
Don't leave me right here, it's cold outside.
---Sound World (ft. srah)
I have spun so many times, I have spun through these walls.I used to float inside my head wrapped in vines beneath a sapphire sky, unaware I lost myself to my mind.
This reflection stretches out beyond an endless sea of doubt.
I'm reaching for reality, years its taken me.
---This Castle Stands Still
[don't underestimate me][even after everything that's happened i wanted to change again][i've decided to do only the things i really want to do]Do you know just how I feel now?
Cuz nothing's been the same to me.This weight is lifting off my shoulders, I don't think I want to be here again.
---
Sleepygaze
[thank you, i'm sorry]sleep it off, let time soak in.